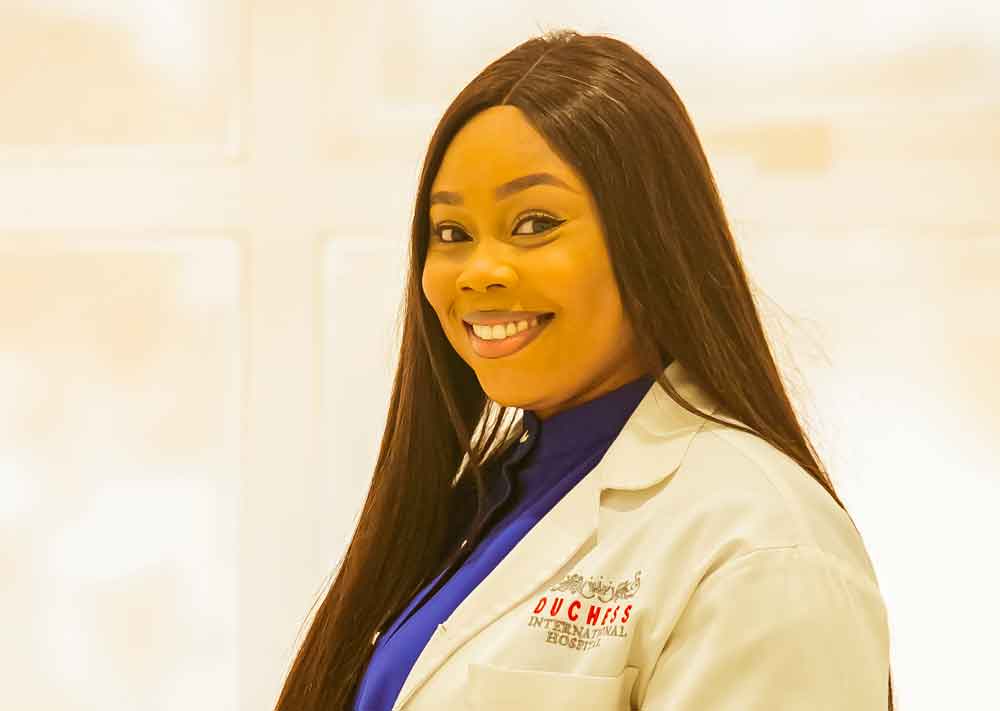 It has been one amazing year so far at the Duchess International Hospital. Joining this esteemed organization has been a “gift” in my career journey. I term it a “gift” because it has been a massive part of my growth process as a pharmacist. I applied via an online job advertisement and got called for the interview about six months later.

I came in as a pioneer staff before the establishment was inaugurated. Initially, I found it daunting because I had never really been a part of any organization’s building process before joining DIH.

However, I also saw it as an opportunity to grow, learn, and add value to myself and the organization at large. The entire Pharmacy Team made this learning process easier, led by a seasoned Pharmacist and phenomenal leader who has a vision for the Pharmacy department. Her vision also fully aligned with Duchess’ goals and my vision and goals. We have shared productive ideas and knowledge, and these have, to a great extent, shaped and influenced my growth process.

Working in Duchess has taken me to another phase in my career, which is a step higher than I used to be, and I am very grateful for that. I used to be biased about hospital pharmacy practice before arriving at the DIH. This bias was mainly due to the absurd rift between Pharmacists and Doctors that occurs in the public sector and some private establishments. However, here at the DIH, it has been a total mind-shift from the norm.

DIH nurtures collaboration among all its health professionals for the sole benefit of the patient. The team spirit and understanding in the DIH is top-notch; this has been reflective in the patient outcome so far. This collaborative patient-focused delivery drives the DIH’s mission – “To reverse medical tourism by delivering the highest standards of care, using the most advanced technology and treatments to give you the fastest, most convenient access to the best medical expertise available anywhere in the world.”

The practices and values at The Duchess have also greatly influenced my growth aspirations as a pharmacist and an individual regarding pharmaceutical care, detailed documentation process, and patient-centred care.

We have come a long way in building an international standard of care. However, there are continuous efforts to achieve our mission and continually shape public perception.

We are a work-in-progress, and I firmly believe that we will surpass our goals and mission with all our collaborative efforts.

Pharm (Dr.) Peace Iyere is a Pharmacist at the Duchess International Hospital.

VP Prof. Yemi Osinbajo recounts his experience as a patient at the Duchess Hospital

Find health and wellness tips, articles and resources to help you stay healthy, happy and informed.